Hen Party At A Restaurant 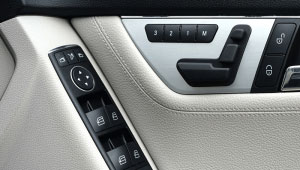 However ‘romantic’ restaurants have become, being the favorite place where to invite a woman for dinner, they will remain forever formal spaces, where, according to an implicit dress code, you should wear smart clothes and behave decently. While in a wine bar or pub you wouldn’t mind to wear your torn jeans, a greasy leather jacket, to laugh loudly or even yell (presumably the music will cover you anyhow), at restaurants people behave ceremoniously like in a church where moderate eating and drinking would be allowed. It’s enough to remember a quite licentious blind retired colonel played by Al Pacino in the movie ‘Scent of a Woman’, who, nevertheless, with a stunningly beautiful woman waiting for her fiance at a table, conducts himself irreproachably, like a real gentleman.

Therefore, to have your hen party, which is supposed to be informal, funny and sexy par excellence, at a restaurant poses some risks of deviating its original meaning. If you still want to preserve some privacy, so much needed for feeling at ease on this occasion, unless your party is quite small, a case in which you could have a booth, you should consider having a separate room for you and your friends. Even so, you’d obviously not come to a restaurant in a tutu, Santa Claus or elf costume or even as a cow girl. But nothing could prevent you to carry in your bag some hen party accessories that may impart to your party that ‘hen’ touch.

There may be a number of reasons for which a hen party at a restaurant would be preferable, all of them having, after all, something to do with your style and your opinion about the hen night itself. If you appreciate good food and enjoy being served, then obviously a restaurant suits you. If you and your friends enjoy chatting, but would find mortifying to play childish games dressed in childish outfits, then again a hen party at a restaurant makes sense in your case.

READ  The Things Clothes Say About You

While we saw Samantha Jones in ‘Sex and the City’ dressed in ‘hen party’ outfits when playing sexual games with some partners, we couldn’t imagine the four friends having a regular hen party, dressed as waitresses, stewardesses or majorettes. However much sex is in their conversations or in Samantha Jones’s private life, when they are together, be it in the Atlantic City or some far-away Arab city, they are always classy, snobbish and intellectual. If they would meet for a hen party, the location would be definitely a restaurant. Well, why to have a hen party at all under the circumstances? – Because it’s a custom, exactly like a birthday party or a baby shower. However unwilling was Miranda to have a baby shower, for instance, Charlotte insisted and organized one for her. Or however unwilling and unlike her was for Sandra Bullock in ‘The Proposal’ to have a hen party and one with a male stripper (the funniest one ever, though) as well, she had to because so the things are usually done before the wedding party.

So, take advantage of the custom, eat and drink what you like, have a long chat with your friends and, surely, it would not hurt or make you look less serious to wear at least some funny sashes.