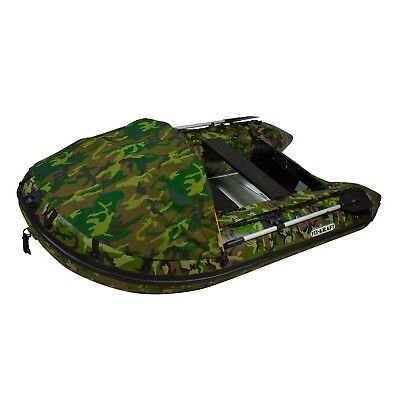 At some point or another we all notice that something is wrong with our vehicles. Whether it’s slow acceleration, poor performance in general, or just the lack of the old get up and go feeling we use to have, our cars just don’t run like they use to. The reasons for this can be one of many but typically there is one in particular that plagues us all. Out of all the problems a car might face engine deposits are just as sever as any car accident, but for the most part overlooked.
Most drivers won’t even think to give this reason a second thought, they just think their car is worn out and trade it for a new one till the problem comes around again. Typically only the enthusiasts among us tend to look at engine deposits as the culprit for their beloved vehicles performance drops. The typical driver doesn’t even understand what an engine deposit is. This ignorance can lead to bad things happening to the vehicle.
Engine deposits are what are left over from the process of the engine running. Unless you own one of those fancy battery powered cars chances are you use an internal combustion engine in your mode of transport. I say mode of transport because this applies to everything that uses this engine type. Regardless of how new or old your engine is it still follows the same mechanical principal. Fuel and oxygen are injected into the engine, the valves close, a cylinder comes up compresses, and ignites the mix, and then the left overs are sucked out.
This is a fairly old engine design and vehicles from all over the world have been using it for well over 100 years. Cars have used them solidly since the early 1900’s and even though technology has evolved, it’s still using the same process. By this time you’re asking what’s this got to do with engine deposits? Well I’ll tell you if you will be patient.
Engine deposits are the leftovers from the combustion process left inside the engine, typically ignition waste or oil residue. They just start out as small groupings, sometimes to small to see with the naked eye. But they build up over time. As the cylinders continue to compress and ignite the mixture that powers your car, waste will start to build on the cylinder heads, and valves. This results in the cylinders not getting as good of compression, and the valves not releasing and extracting as much as they should.
Not to mention what gets deposited in your spark plugs. Combustion residue can also cover these and make the spark less powerful. For those of us who don’t understand car talk, it means that the power and efficiency Paint Protection Film Installers is decreased. This turns into a decrease in performance over time and can affect fuel efficiency. Oil deposits also can cause issues over time. These can make it thick, and hard to lubricate your engine properly.
This is also a problem for your vehicle as less lubrication means for friction, friction equals heat, and heat leads to engine damage. That’s why people tell you to change your cars oil every so many thousands of miles. Deposits can also form in Top Car Salesman On Social Media your radiator if you don’t keep it flushed properly. These can inhibit the flow of engine coolant; we all know what happens when engines don’t get enough cooling. It typically ends with fire coming out of places it shouldn’t be coming out of.
There are many ways to keep engine deposits from forming. You can go to your local auto parts store and get some cleaners. These typically work for whatever system you need them to cleanse and basically eat the gunk out. But some of the cheaper formulas have been known to eat through hoses as well. So pick and choose carefully. Another option is to keep up with your regular maintenance and keep good gas in your tank.
Engine deposits happen to every kind of vehicle whether they are a car or other form of motorized transport. Deposits are often made up of waste from the combustion process or oil residue and can cause severe performance drops if left untreated. Remember a car is just like a human body, as it gets older you need to do more than just the usual maintenance and exercises to keep it working right. Remember to take care of your vehicle, and drive safe.

Subaru is known for their technology oriented performance vehicles. A lot of technological features have been integrated in most Subaru […] […]

Worried About Distractions in Your Car?

With so many gizmos and gadgets available in the car, it is easy to get worried about getting distracted in […]

Trading In Your Car – 7 Things To Think About Before Selling

One of the worst things you can do when you decide to trade in your car, is to just drive […]